Random walk describes many physical phenomena, e.g., the diffusion of heat and the spread of perfume in still air. It also plays an important role in mathematical finance.

In the figures below, random walks were generated for a square region beginning at the origin. Several such images were generated, and one was chosen. The image was then cropped for artistic effect. 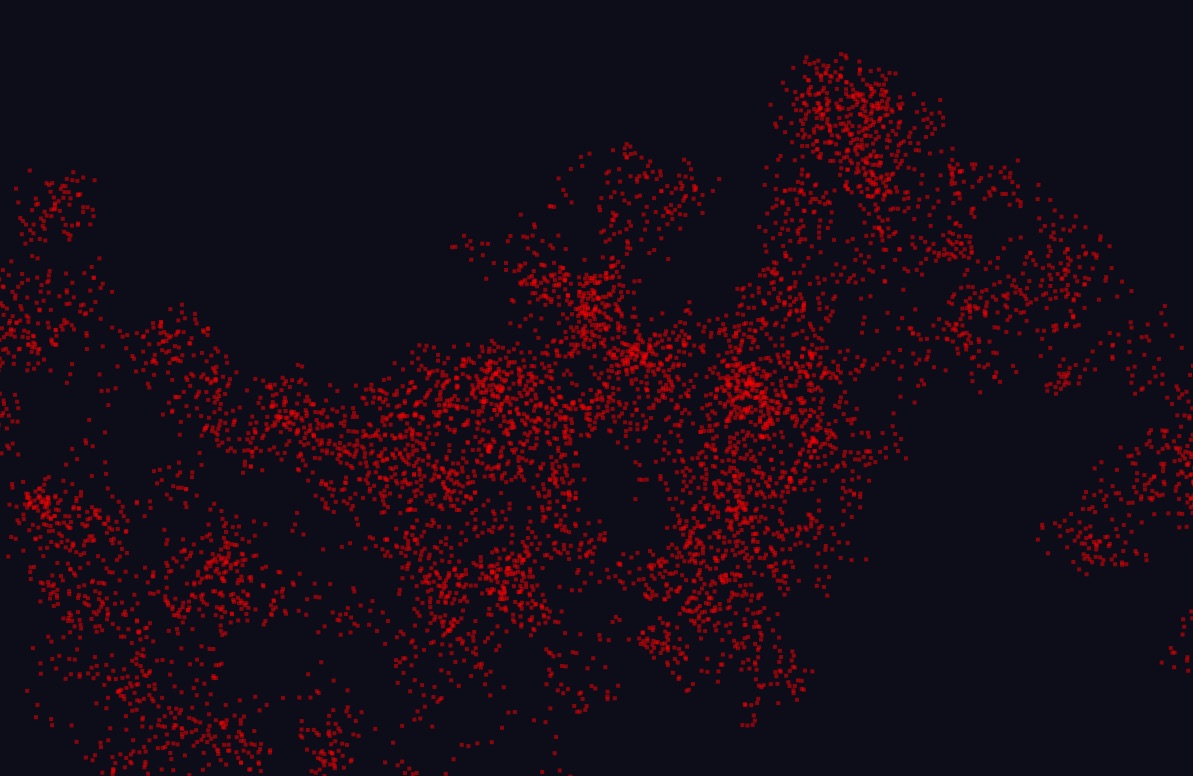 Figure A: one random walk 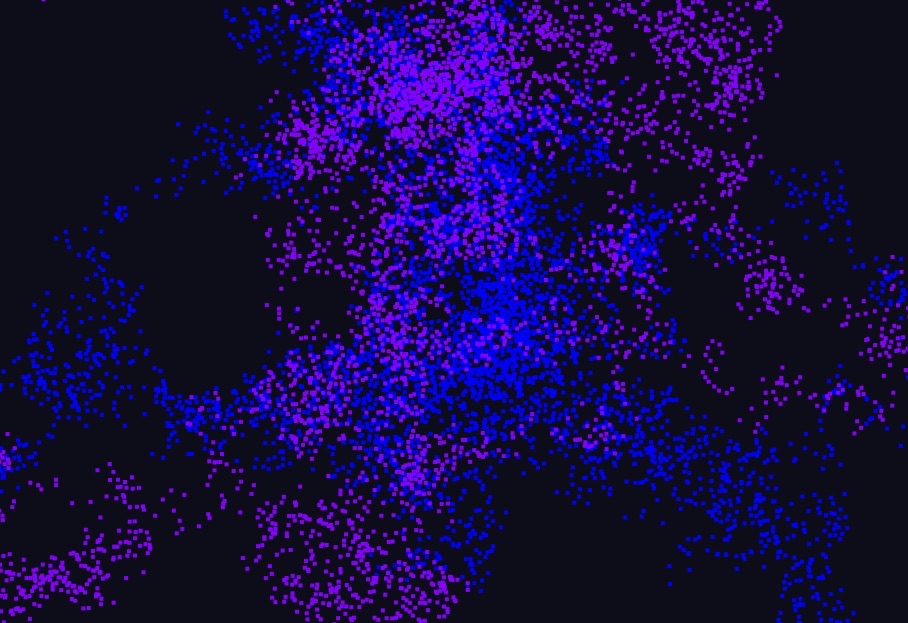